Bee pollen is among the most popular superfoods on the planet.

Many cultures have linked pollen with longevity, and scientists have found that it has lengthened the lifespan of humans and experimental animals.

Bee pollen is among a group of products bees produce.

It has promoted health within cultures throughout the world.

Many of these cultures have used nutrient-dense food to support healing and health.

Former Spice Girl and British fashion mogul Victoria Beckham shared on Twitter that she was “totally obsessed” with bee pollen.

Beckham reportedly claimed she was taking the pollen routinely to reduce signs of aging.

Once other celebrities and athletes supported her claims, interests in the superfood took off, and a new food craze launched.

Proponents of bee pollen swear by its reported benefits and call it a rich source of nutrients and a powerful healing agent.

They have cited the fact that even the German Federal Board of Health has officially recognized it as a medicine.

However, bee pollen’s medical and nutritional benefits largely depend on the flower and its geographic location.

Other factors that come into play are climatic conditions, the plant’s soil, the bee itself, and the bee’s activities.

While many claims support and list numerous amounts of bee pollen benefits, scientific studies to support the claims are limited and not considered concrete research.

What is Bee Pollen?

Bee pollen contains a combination of male reproductive cells from flowering plants and the bees digestive enzymes from its saliva.

As a bee seeks out nectar, it will gather pollen from a plant, and collect it into a basket situated on their hind legs, also known as the “pollen basket.”

According to an article by the University of Florida’s IFAS Extension, the composition of the pollen can typically include water, crude protein, carbohydrates, and other substances.

Bees will gather the pollen.

They take it to a hive where they dampen it with their saliva, which creates “bee pollen.”

The bee then places this pollen into honeycomb cells.

They do this to reduce bacterial activity and to support the storage of the pollen.

The plant species at which bees collect pollen vary, and, at times, the bees may even collect fungal spores from moldy plants.

As a result of this and the bee’s saliva, the pollen can contain several types of nutrients and other substances.

These substances include fatty acids, enzymes, and vitamins.

The protein within the pollen is a significant amount. It includes essential amino acids like lysine and tryptophan.

The pollen’s carbohydrates are digestible.

They are the same as the sugars found in honey, such as fructose and glucose.

Bee pollen also consists of small amounts of phenolic compounds, such as flavonoids.

These compounds are known to have antioxidant properties.

The Benefits of Bee Pollen

The relationship between bee pollen and longevity turns up time and time again throughout history.

Several cultures have used bee pollen and other bee products as medical and nutritional agents for centuries.

Its use has occurred in Egypt, Greece, Rome, China, the Middle East, and in the Americas.

Ancient cultures mixed bee pollen with other foods to treat wounds, burns, and boils as well as clean sores and soothe ulcers.

People have also associated bee pollen with their spiritual beliefs.

For instance, the Bible, the Koran, and the Talmud make references to bee pollen.

Some mythology has considered it the secret key to external life.

Today, many people practice apitherapy, which is the medical use of bee products.

It derives from the idea that bees create active compounds that stimulate and improve the immune system.

However, apitherapy isn’t well supported by medical professionals due to the lack of robust and reliable scientific studies.

Although clinical studies are lacking, some of the completed studies have supported several of the bee pollen’s benefits.

In 1945, Dr. Nicolai Tsitsin’s research study was published. It investigated 150 centenarians in the Caucasus region of Russia.

The prominent longevity researcher asked the centenarians to answer questionnaires about their diet, age, and occupation.

It found that many of them were more than 125 years old and worked as beekeepers.

Nearly all of them consumed raw honey products as their primary food source.

Many would consume honey scrapings at the bottom of hives, which accumulated bee pollen.

They’ve learned that the pollen can help to protect people from heart disease and brain strokes.

It supports systemic circulation disorders and arterial hypertension and improves the blood flow in blood vessels as well as the brains of older adults.

The pollen’s anti-inflammatory effects have led researchers to recommend it for some inflammatory and degenerative conditions and liver diseases as well as for toxic and post-traumatic damage to organs.

Research studies on animals, such as mice and rats, have shown that bee pollen prevents toxication of the liver.

The studies further support claims of its anti-inflammatory, antibiotic, and anti-allergen activities.

Researchers suggest that bee pollen can offer protection against some harmful physical and chemical elements, such as heavy metal contamination and industrial gases.

They recommend it as a dietary supplement, especially since it lengthened the life span of experimental animals.

The results from a study of old malnourished rats who were fed bee pollen showed that the food provided good anabolic and metabolic activity.

This activity could be helpful in either the prevention or recovery from malnutrition.

The study is especially significant for older people since protein-energy malnutrition is common, especially when these individuals become hospitalized patients.

Older people often have difficulty recovering from a malnourished state when compared to younger individuals.

Clinicians claim that bee pollen can remove the pain associated with inflammation of the prostate, primarily when the pollen is delivered with chemotherapeutic agents.

They also acknowledge that small doses of bee pollen over long periods can help to reduce depression by gradually improving moods in older people.

Also, some studies have shown that bee pollen can aid in the treatment of burn wounds.

They have called it an energy enhancer since some people have claimed that they’ve felt more alert and their stress levels lowered.

Considerations and Recommendations for Bee Pollen

Some stores will feature it alongside other bee products like royal jelly and propolis, also known as bee resin.

The consumption of bee pollen occurs in a variety of ways.

It’s often sprinkled atop of oatmeal, cereals, and yogurt and incorporated into health bars and smoothies.

You can also eat it from the palm of your hand.

The tastes of the bee pollen will vary because it depends on the flower at which the pollen originated.

The flavor can range from bitter to sweet and honey-like, and in some cases, it may have an overwhelming aftertaste.

Heating it can cause it to lose some of its nutritional properties.

Therefore, people often store the dietary supplement in the refrigerator or freezer in sealed containers to preserve its benefits.

Before taking the supplement, talk with a healthcare provider to learn of any interactions with medications, adverse side effects, and proper dosage.

Keep in mind that age and health conditions are significant factors.

Consider testing the product first for any allergic reactions.

Place a couple of granules beneath the tongue, and check for any allergic symptoms that may occur, including wheezing, an itchy throat, hives, or any other discomforts.

When consuming bee pollen, consider starting with small daily dosages, such as an eighth or a quarter of a teaspoon, and see how the body responds.

The low doses also can help the body to build up a resistance to allergies.

In some cases, when it is administered for therapeutic purposes, it’s taken three times daily before eating at a dosage that’s often between three and five teaspoons for adults and one to two teaspoons for children.

Once you’ve determined that a brand, texture, dosage, and the results are working, continue with that product.

The primary safety concern is an allergic reaction, such as anaphylactic shock.

Keep in mind that the nutritional value of bee pollen will vary across brands. Several factors will affect its quality, such as the species of the flower and the packaging of the product.

Environmental pollutants can contaminate the plants’ pollen. Also, the color and size of bee pollen granules may vary.

Bee pollen can be safe for most people when consuming it for a short time, such as a month.

However, it’s not safe for people with certain health conditions like women who are either pregnant or breastfeeding.

Its impressive protein composition has drawn comparisons with eggs and meat.

Its anti-inflammatory activity reportedly aligns with drugs like naproxen.

Researchers have witnessed its antioxidant activities and its reduction of oxidative stress and how it can cleanse the liver of toxins.

Its anti-allergic actions can subdue strong responses to allergens, and its antimicrobial activities prevent infections and help wounds to heal.

The list of its reported benefits goes on and on, but until more comprehensive and large-scale human studies occur, it will take longer to realize any further advantages of this superfood. 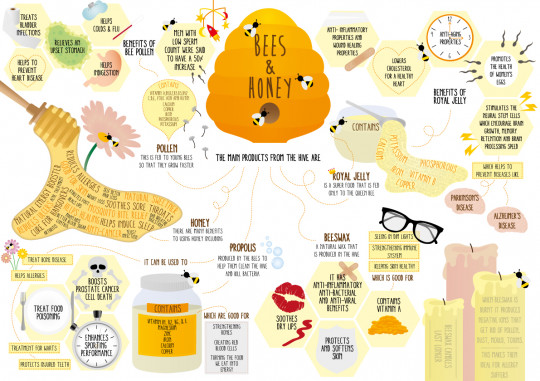 A world-renowned expert on aesthetics and facial shaping, Francis Rogers Palmer III, MD is a board-certified facial plastic surgeon with over 27 years of experience and author. He is an inventor of multiple medical products and devices. Dr. Palmer is an honors graduate of San Diego State University, and received his MD from the University of California – Irvine. He completed fellowships with the American Academy of Facial Plastic and Reconstructive Surgery, and the American Academy of Cosmetic Surgery.Dr. Palmer has appeared on ABC’s The View, CNN, ABC, CBS, NBC and Fox News, Dr. Phil, and Entertainment Tonight. He also has been featured in Allure, Fit, USA Today, Cosmopolitan, US Weekly, People, In Touch, The New York and Los Angeles Times. British magazine Tatler named him “one of the world’s best plastic surgeons.” He is the author of The Palmer Code, What’s Your Number? ®.

Moderate Levels of This May Extend Your Longevity

Researchers Discover How to Regenerate Your Entire Immune System